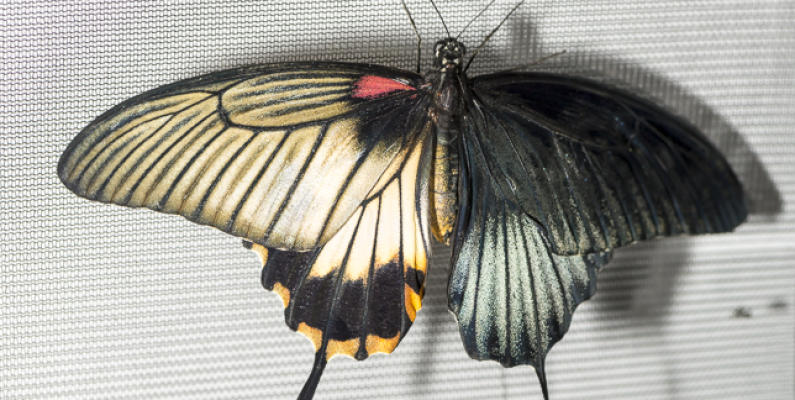 Our Tropical Forest is home to a variety of butterflies from the Philippines and Costa Rica. We know exactly what species we are importing. However, sometimes something unexpected emerges from the pupae – and it’s amazing!

One of the most common species we bring into the forest is the Asian swallowtail, or Papilio lowi, from the Philippines. They are one of only two species we import that are obviously sexually dimorphic. This means that the female Asian swallowtails look different to the males. Sexual dimorphism is common in animals; examples are birds like peacocks, or any animal where the male has larger horns or tusks, even lions are very obviously sexually dimorphic, with the males having large manes. 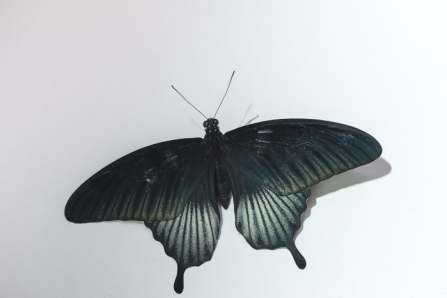 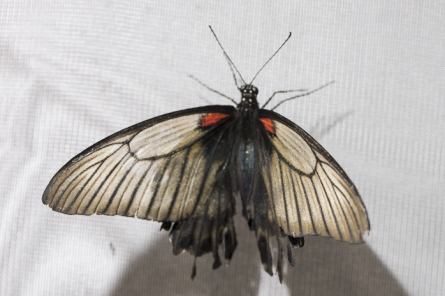 As you can see, the Asian swallowtail wing structures and bodies are identical, with the trademark swallowtail edging that looks a bit like dripping liquid. However, the female has much more vibrant wing colouration, with the black and grey colouring reserved for the males.

That isn’t the amazing thing.

The amazing thing is that on 25 March 2017 we hatched an Asian swallowtail that displays both male and female colouration. It is what we call a gynandromorph butterfly. This word is derived from Greek, gyne for female (think words like gynaecologist) and andro for male (think words like android). It means that the animal displays characteristics of both females and males of the species. 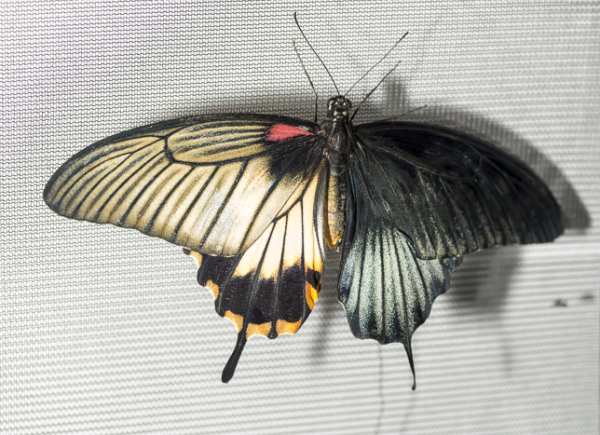 So how does this happen? It is determined back at the very beginning of conception of an individual organism. When the animal is still only a few cells large (still in its parent animal), something abnormal can happen in its chromosomes.

Just as a quick sex chromosome refresher: in humans an individual that is considered biologically female is created when you have two X chromosomes (XX). A biological male results from an X and a Y (XY) combination.

When our butterfly’s cells are first dividing, the chromosomes are sorted. The dividing cell starts with a normal set of pairs, but when it splits something goes wrong and it can end up with unusual or unbalanced sets. This can cause gynandromorphism. It can happen neatly, with all of one sex on the left and the other on the right; called full bilateral symmetry. Nice and neat. This is what happened in our Asian swallowtail. However, sometimes it isn’t so clear cut, and can result in mosaic gynandromorphs, which look a little bit like marble cake.

Asian swallowtails can live for up to three or four weeks, so if you come in throughout the month of April you might be lucky enough to spot our gynandromorph in action. Our Tropical Forest is open every day.