What do you imagine when you picture an aurora? For me it is curtains of green and pink, floating in the air as if suspended by a spider’s web. That image is mostly thanks to Disney movie depictions. In reality auroras are so variable, as I quickly learnt when we flew almost all the way to Antarctica chasing them.

Flight to the Lights is the brain child of Dr Ian Griffin, Director of Otago Museum. In 2017 the inaugural flight left from Dunedin in search of unimpeded views of the aurora. By flying south you escape the light pollution of cities. Flying high, you escape the cloud cover that is so deadly to a good aurora. Last month some of the Otago Museum staff joined Dr Griffin and his team of intrepid explorers to hunt down the elusive aurora. 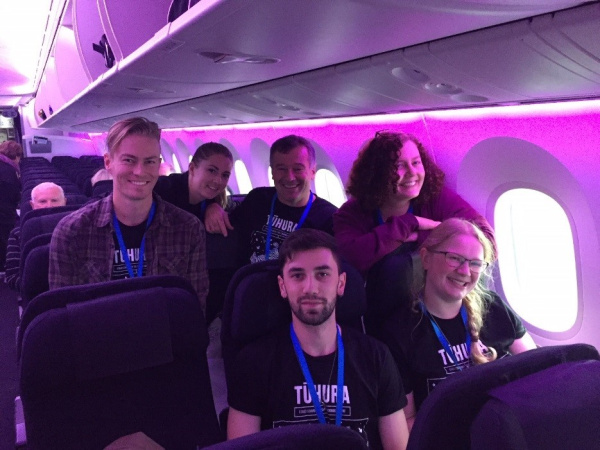 Flying out of Christchurch on an Air New Zealand Boeing 787-9 Dreamliner, the flight path felt more than a little off as our destination got further away. But to guarantee seeing an aurora these are the lengths you have to go to. 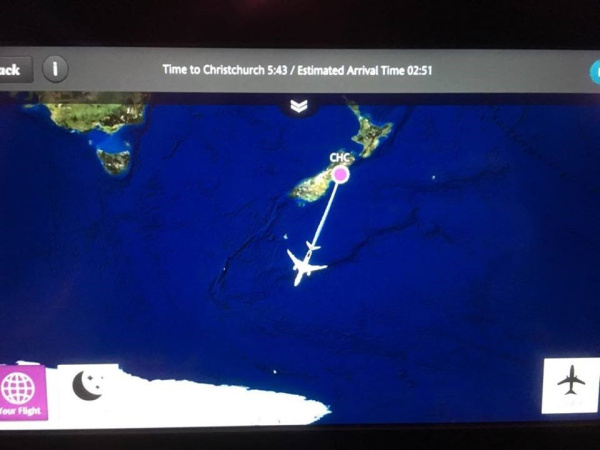 Because the aurora is created by solar energy interacting with our magnetic field, the further south you are (or north in the northern hemisphere), the better your chances of seeing an aurora. In fact, there is a zone at the far poles of the globe where an aurora is guaranteed. Called the auroral oval, this was our destination.

Once far enough south, it was the job of the Air New Zealand navigator together with Dr Griffin to direct the plane to where the aurora was strongest. This meant weaving backwards and forwards until the aurora could be seen from both sides of the plane. 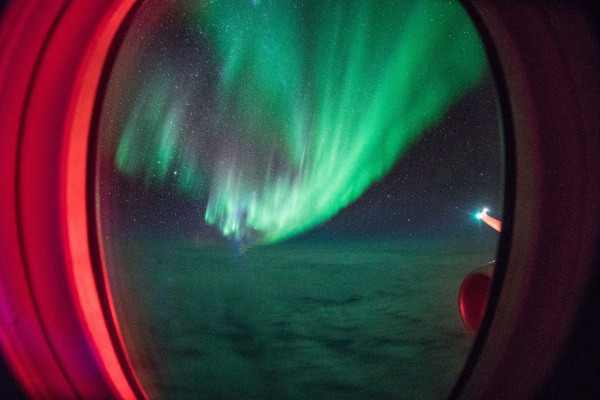 If the aurora is weak, it appears grey to the naked eye. However, a camera is much more powerful than the human eye, and beautiful images can come from even the frailest aurora. On our trip, the intensity of the auroras measured between kp 1 and kp 3, which is a value representing geomagnetic activity. These were weak auroras, but above the clouds and away from most light pollution (there was nothing we could do about the aircraft’s red navigation lights), even the weakest was stunning. 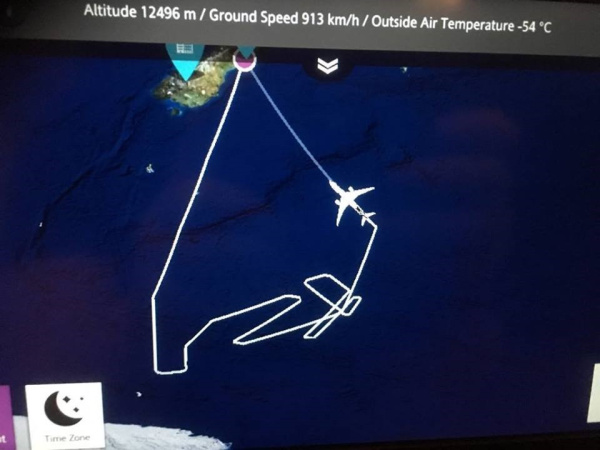 Even if you can’t charter a plane to the southern reaches of the planet, you can still see beautiful auroras from home. There are phone apps and websites dedicated to live-tracking the strength of an aurora. Come and see our Sky Tonight planetarium show, running every day at 2.30pm, to learn more about auroras and how best to see them. 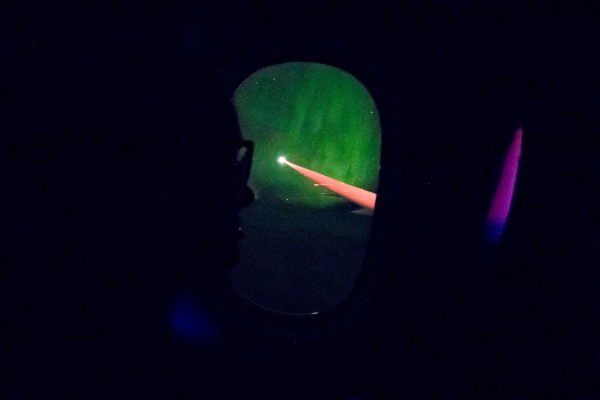 Your intrepid author’s glasses and nose, plus an aurora
Image: Kane Fleury