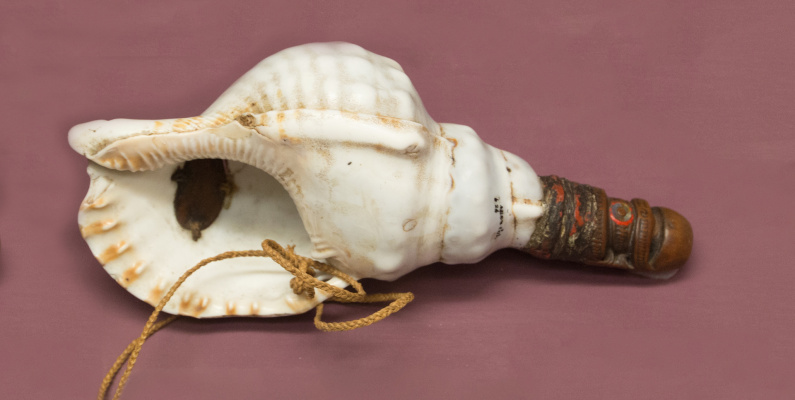 Music has always been an important component of Māori life – waiata are sung during pōwhiri and other formal ceremonies, as well as to acknowledge events, express emotion and tell stories. In pre-European times, taoka puoro were an integral part of Māori music and communication, used for sending messages, healing, marking stages of life, and other ceremonies, much in the same way that waiata are performed in contemporary times. There are many forms of taoka puoro, each regarded as belonging to a particular whānau based on the materials they were produced from, the way they were played, and the voices they produced. To celebrate the inaugural Te Marama Puoro Waiata Māori – Māori Music Month, let’s take a look at some of the taoka puoro held in Otago Museum’s collections.

The bulk of the taoka puoro collection held in the Museum comes from the whānau of Hine-Raukatauri, said to be one of the daughters of Tane Māhuta. Traditions tell of Hine-Raukatauri being so attached to her pūtorino that she transformed bodily into the case moth, so she could live inside her taoka puoro forever. In some traditions, however, Raukatauri is considered to be a sister of Tinirau, whose pet whale was stolen and eaten by the villian Kae. A troupe of wāhine performed and entertained at Kae’s village with the purpose of making him laugh so he could be identified by his crooked teeth, and revenge exacted.  The taoka puoro that belong to Hine-Raukatauri’s whānau are wind instruments, and dominate in terms of their variety of forms.

The pūtorino when played as a trumpet is considered to have a male voice, but when cross-blown as a flute, is said to be the voice of Hine-Raukatauri. The pūtorino is an instrument unique to New Zealand, and was manufactured from a single piece of wood split in half lengthways, hollowed out like a canoe and lashed together again, resulting in a torpedo-shaped instrument (much like the cocoon of the case moth) with an uneven bore. Its mouthpiece was at one end, with a larger hole in the centre. Variations in pitch were achieved by moving a finger over the centre hole. 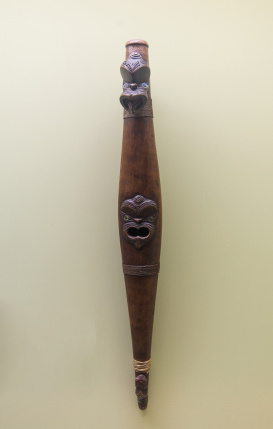 This pūtorino is currently on display in Tāngata Whenua gallery. It was originally part of a collection belonging to William Oldman, an English art dealer who collected a significant number of Māori and Pacific taoka during the early 20th century.  In 1948, after intense academic and collector interest, he sold his collection to the New Zealand government. Once in New Zealand, the collection was divided up on permanent loan amongst the four large metropolitan museums (including Otago Museum), with some taoka also going to smaller regional museums.

Kōauau are the most common of all the taoka puoro that belong to the whānau of Hine-Raukatauri.  They can be manufactured from a variety of material, including wood, stone, and bone, and can vary greatly in length. Kōauau have been known to attract native birds, which will sing along with the instrument.  Kōauau were also used in healing, to welcome or farewell life, and to help memorise knowledge. Traditionally kōauau have three fingerholes, known as wenewene, and were cross-blown. Pitch was manipulated through the fingerholes and positioning of the tongue. 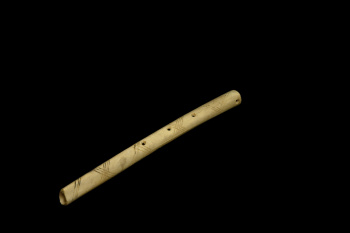 Collected from Whareakeake, just north of Dunedin, this kōauau was manufactured

from albatross bone and presented to the Museum by J W Murdoch in 1920.

Kuru are another instrument unique to New Zealand. They are short flutes with an upturned end, often made from wood, stone, or whales’ teeth. The kuru usually possessed two or three fingerholes, with another on the underside. Played like a kōauau, they emit a very pure sound. 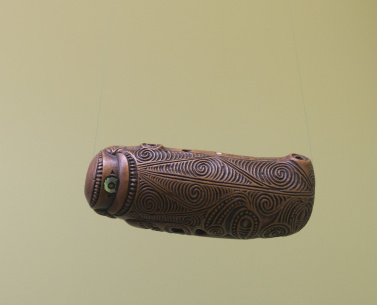 On display in Tāngata Whenua gallery, this kuru is part of the Oldman Collection on permanent loan to the Museum.

Unfortunately, information about its original provenance, including where it was collected from, has not been recorded.

Pūkaea are often described as “war-trumpets”. Although these taoka puoro were indeed used as signals during conflict, they were also known to be used during ceremonies associated with the planting of kumara seed and other crops. Pūkaea are bell-shaped at one end, and often between one and two metres in length. They were made in the same way as pūtorino – from a single piece of wood, hollowed out, and lashed together again. The bell shape at the end is achieved by sectioning together a number of wedge-shaped pieces of wood, which are gummed and attached to the end of the pipe section. Often, a reed was inserted a few inches above the bell section, producing a vibration. Usually this sound was booming, said to be akin to the horn of an large ship. 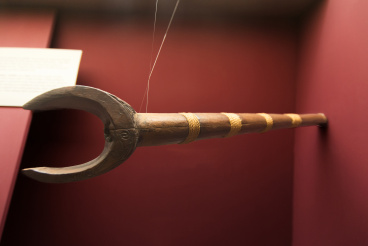 This image is of the smaller of the two pūkaea that are on display in the Museum.

The pūtātara is also known as pūmoana, maybe in reference to the conch shell belonging to the domain of Takaroa, the atua of the ocean. To produce a pūtātara, the end of the conch was removed and replaced with a wooden mouthpiece. Although generally blown to produce a loud clear note that could be heard over great distances, skilled players could entice a range of notes from this instrument. 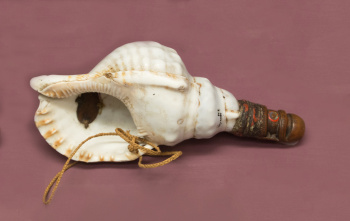 Another taoka puoro from the Oldman Collection, this pūtātara is on display in Tāngata Whenua.

The use of taoka puoro nearly disappeared after the arrival of Europeans in New Zealand. With the introduction of Christianity, many of the traditional ceremonies where taoka puoro were played were no longer practised.  Nowadays, taoka puoro are enjoying a renaissance, largely thanks to the efforts of renowned musicians such as Hirini Melbourne, Richard Nunns, and Brian Flintoff over the last three decades.