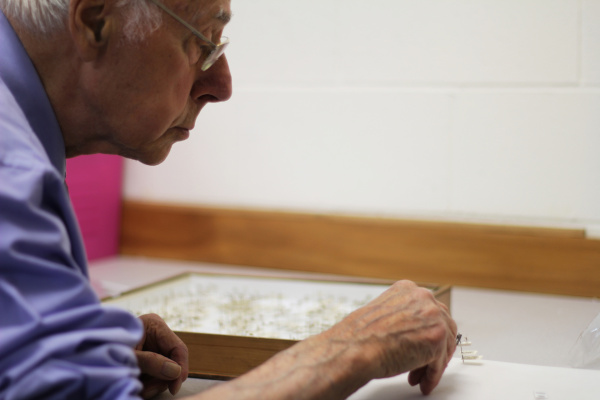 On Thursday 2 February 2017, Otago Museum Director Ian Griffin received the very sad news from Dr Ted Nye’s wife, Jeanette Leigh, that Ted had passed away, a great loss to Jeanette and her family, and to the Otago Museum.

Known by many for his career as a Dunedin physician, he started his medical career at the London School of Hygiene and Tropical Medicine focusing on mosquito-linked tropical virus. His interest in mosquitos stayed with him throughout his life, and in 2013 he very generously gave his Culicidae (mosquito) collection to the Otago Museum.

The collection consists of approximately 400 specimens of pinned and mounted slides he had collected over a period of 60 years in England, the Pacific and New Zealand. It has a strong focus on Otago specimens. 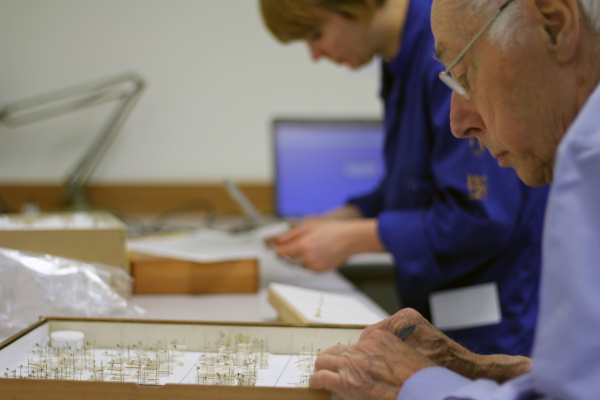 Ted assisting with the accessioning, re-housing and digitising of collection data as it is transferred into

During the transfer of Ted’s collection to the Museum, he volunteered to assist with re-housing the pinned specimens, as the information was being digitised and accessioned by the Museum’s Collections team. Every new object sparked a memory, of collecting trips around Britain, of strange places he’d found mosquitos, of the friends he’d worked with or who’d sent him mosquitos in the post. Or, they’d bring up some new fact about mosquito life history and ecology or their role as disease vectors. He was always ready to share his knowledge of medicine and natural history.

Ted was not only a generous contributor, he was an advocate for exhibitions that explored and shared the legacies of great scientists, and loaned several objects from his personal collection to help illustrate this history. 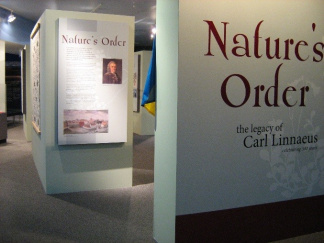 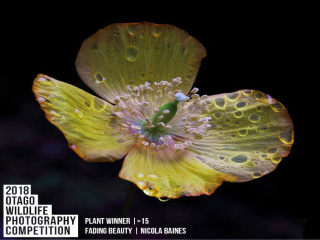 In particular, the Nature’s Order the Legacy of Carl Linnaeus exhibition featured a European red admiral butterfly from his collection, a species originally described by Linnaeus. He also loaned a collection of commemorative postage stamps featuring the father of Taxonomy. It was conversations carried on from this exhibition marking the 300th anniversary of the birth of Linnaeus that saw the development an Otago Museum Linnaeus Taxonomy Fellowship in 2011 to support postgraduate students whose work centred on the description and revisions of new species of life on Earth.  Ted was a member of the selection panel for the fellowship.

In recent years, Ted continued to be involved in exhibition development. He shared his thoughts about the role of the Museum in a video created to support Gifts and Legacies, and during the development of the BUGS: the Mega World of Minibeasts exhibition provided ideas and loan material, content feedback and validity checking. He was the official ribbon cutter to open this exhibition alongside Honorary Curator of Entomology, Anthony Harris.

Ted was always generous with his time and had a reserved manner until you struck on one of his many and diverse topics of interest. Then, you were away, learning things that might otherwise never have occurred to you.

Ted was officially made an Honorary Curator in 2015, with the intention of tinkering away on identifying any gaps to fill in the mosquito collection within the Natural Science team and offering his expertise in European edge weapons to the Humanities team. The first to straddle both areas of the collection, Museum staff joked he could have been called ‘Honorary Curator of pointy things that draw blood’, trying to derive a relationship between his interests.

At the core, Ted Nye was a very good friend of the Otago Museum.