Hi, I'm Ellen Sima, Assistant Curator, Natural Science at the Otago Museum. This is the third post in a series on my time in Antarctica – check out the archives here to catch up!

The sun was out, the ice was bright, and it was a beautiful day for studying seals! We travelled by Haggalund from our field camp to Turtle Rock, to a resident colony of Weddell seals. 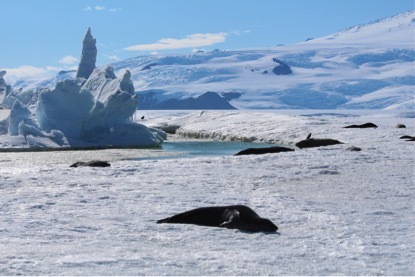 Seals in the southern sunshine

These seals are the southernmost breeding mammal in the world. They breed and feed in colonies on the ‘fast ice’ (sea ice that is ‘fastened’ to the coastline or seafloor), sometimes venturing north to the ‘pack ice’ (ice floating in the sea). Adults Weddell seals can weight between 250–550kg, and their diets consist of fish, cephalopods and the occasional penguin.

Dr Regina Eisert, a research scientist at Gateway Antarctica and expert in Southern Ocean cetaceans and mammals, and Dr Ingrid Visser, a world-leading orca researcher, communicator and advocate, led us in monitoring the seals.

First, we wanted to hear what Weddell seals sound like, and how they communicate under the ice. Ingrid showed us how to deploy a hyrdrophone through a crack in the sea ice to take acoustic recordings. It was the first time this model of recorder (developed by a Kiwi!) had been used in Antarctica.

To anchor it, we used a drill to make two long holes in the ice that met at right angles about a foot down, making a triangular shape. We fed a rope through these intersecting holes and tied it to the hydrophone. Then, careful not to hit it on the ice edges, I lowered the hydrophone into the water. 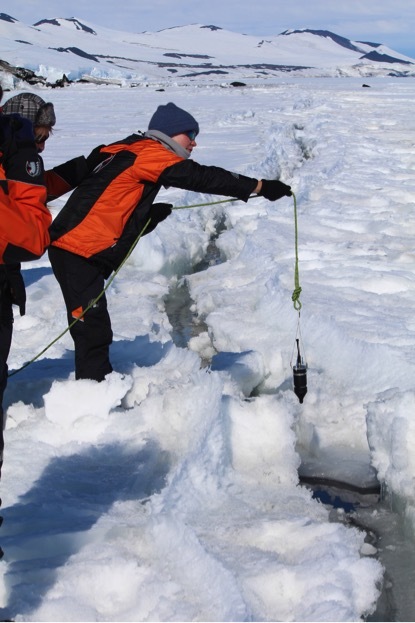 The hydrophone's maiden voyage in Antarctica

The sounds the seals made were quite alien, like something from a special effects machine – all bings, bongs and beeps at different pitches, volumes and durations. You could feel their sounds in your body, pulsing out from under the ice, like bass at a music festival. 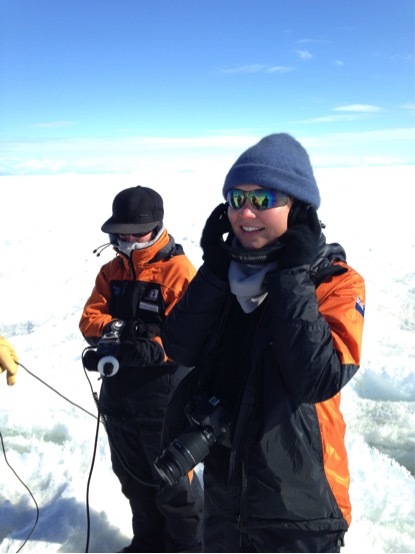 Listening to seals through the hydrophone

A few times, these vocalisations heralded a seal popping its head up through an ice hole, dipping up and down to take a few huffing breaths before descending again. One seal spent a bit of time at the surface chewing around the edges of an ice hole to make it wider. 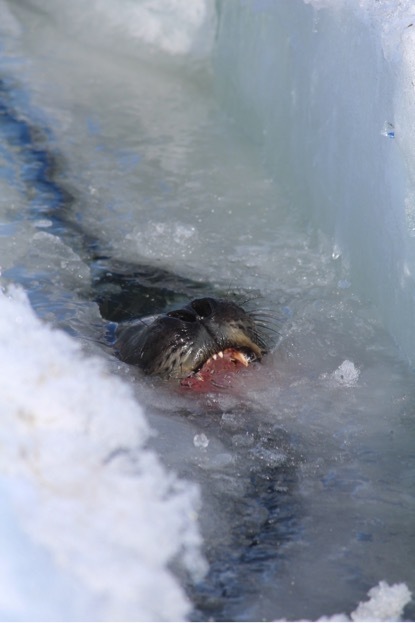 A seal chewing the ice edge to make a bigger hole

After we’d all had a good listen to the seals, we walked closer to Turtle Rock to have a closer look at them. Regina talked to us about their biology and life history while we watched them lolling around in the sun.

We mostly saw females, some with pups, but also some of the younger or less successful males. Male Weddell seals control territories under the ice, in areas where the females haul out.

Those males above the water are those who have lost out in territorial disputes, or are not yet strong enough to take territories of their own.

And now, the moment you've all been waiting for: pictures of cute seals. 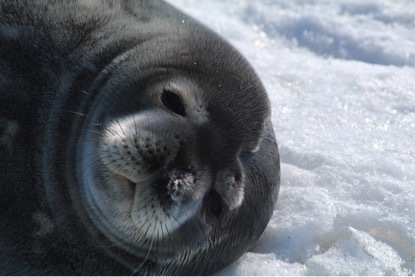 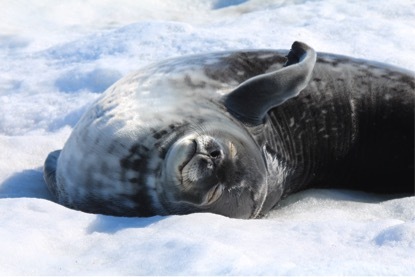 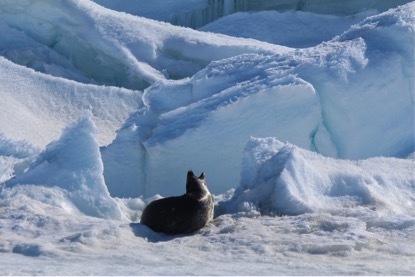 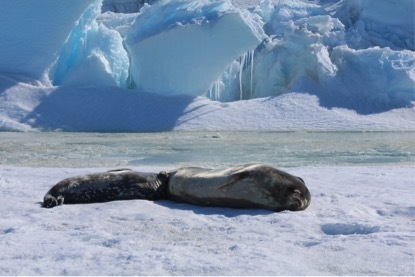 You're so very welcome.