Gems in the evening sky 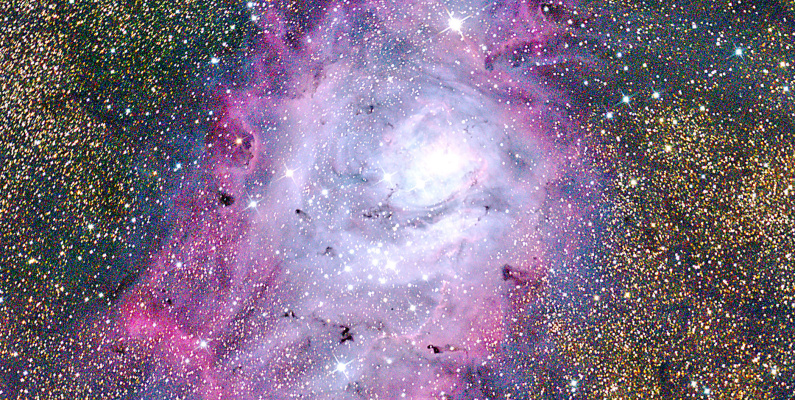 At 2.21am on Friday morning (23 September), the Sun crosses the celestial equator heading south. This is the exact moment of the spring equinox, the date when day and night are equal all over the world. With daylight saving starting on Sunday, I’m sure everyone who isn’t an astronomer will be enjoying the longer, brighter spring evenings in the next week or so.

Coincidentally, the moon reaches its last quarter phase on Friday, which means that this week the darkest part of the night occurs before midnight. With this in mind, let’s see what gems are on view in the evening sky. 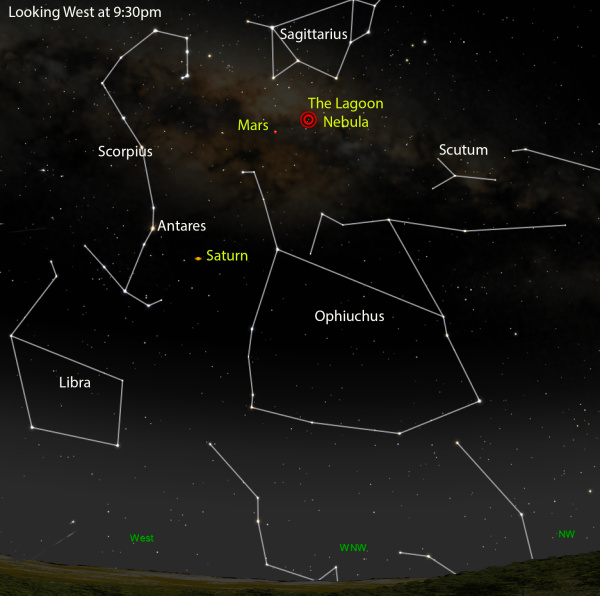 As the chart shows, the planets Mars and Saturn still dominate the western sky. By 9.30pm, Saturn is 30° (roughly one large hand-span at arm’s length) above the western horizon in the large constellation Ophiuchus (the serpent-bearer). To the left and slightly above Saturn, the bright orange star Antares marks the heart of Scorpius the Scorpion, whose distinctive “sting” is almost vertical in the sky at this time of year.

Mars is higher in the sky than Saturn, its distinct red hue making it very conspicuous. At the moment, Mars is in a rather beautiful part of the sky, teeming with clouds of dust and gas, in the constellation of Sagittarius. Rather than urging you to spend time gazing at the red planet, this week I’d encourage you to pick up a pair of binoculars, and use Mars as a jumping off point en route to one of the most beautiful objects in the heavens, which astronomers call the lagoon nebula.

The lagoon nebula, so called because when viewed through a telescope it’s thought to resemble a celestial lake, is a fascinating region of dust and gas in which a new generation of stars is being forged by vast cosmic forces. At a distance of more than 4,000 light years, the nebula is over 100 light years in diameter. Our photograph, taken recently from my garden observatory in Portobello, illustrates how beautiful this part of the sky is when viewed through a medium-sized telescope. 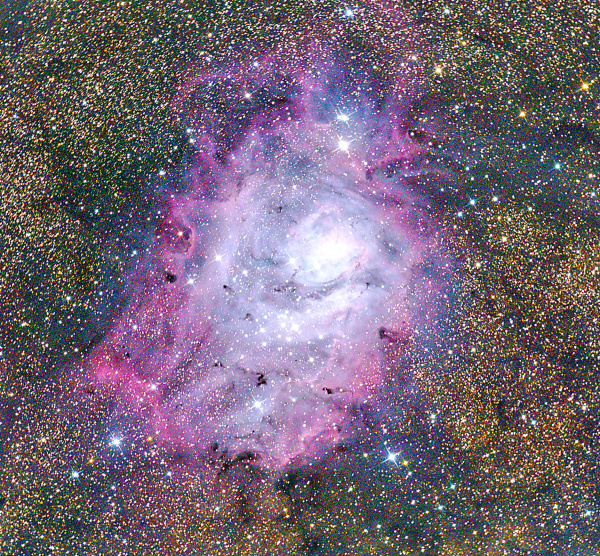