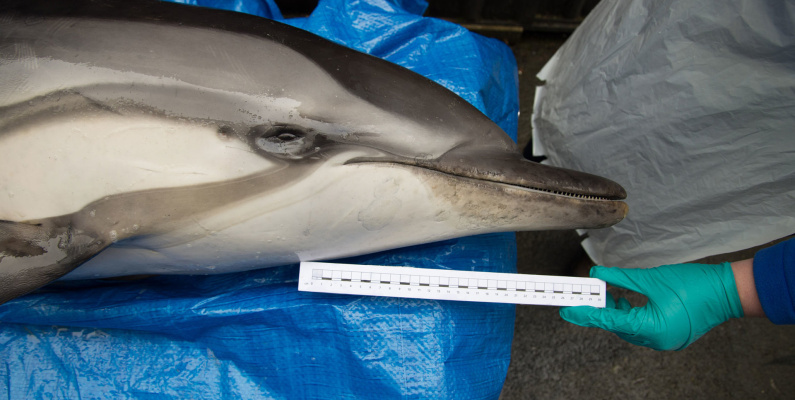 A rare species of dolphin was found dead on Thursday 21 September at Warrington Beach, 30 km north of Dunedin. Footage of what appears to be the same animal being encouraged away from the shore by members of the public at Doctors Point on Wednesday has also since appeared on social media.

Thursday’s high tides and a heavy swell meant that Department of Conservation rangers and local rūnaka representatives for Kāti Huirapa Rūnaka ki Puketeraki needed to act quickly to collect the animal from the beach. The dolphin was taken to the Otago Museum to complete the stranding report, which include identifying sex, taking a series of standard measurements, photography, and collecting a skin sample that is lodged in the New Zealand Cetacean Tissue Archive at Auckland University. 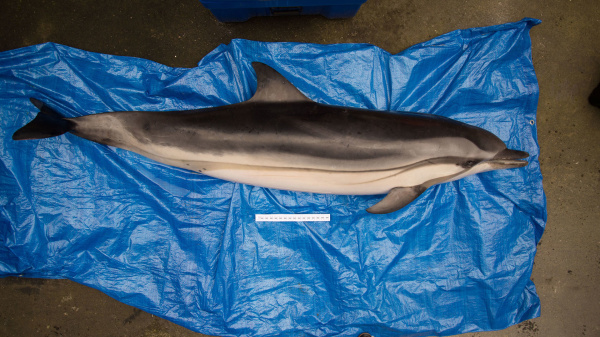 The male dolphin appeared to have no obvious external signs of injury that could have led to its death. “It’s hoped by learning more from this dolphin, a better understanding of their survival is gained on how this species found its way into the waters down here”, Brendan Flack from Kāti Huirapa Rūnaka ki Puketeraki said.

Originally reported as a common dolphin, at the Museum it was identified as a rare vagrant striped dolphin, Stenella coeruleoalba. This is the most southern known stranding record for this widely distributed warm-water species. They are commonly found in the Pacific, Indian and Atlantic Oceans. “The Museum can take credit for recognising that this species was something different and unexpected” said Jim Fyfe, from DOC.

Massey University (Auckland) marine biologist Dr Karen Stockin has studied striped dolphins from stranding deaths around the North Island for over ten years. “It’s an opportunity to add more information to the picture we have slowly been building over a number of years to better understand health, ecology and biology of this species” she said. Dr Stockin will travel to Dunedin later this year to carry out a post-mortem investigation on this individual alongside researchers from the University of Otago in collaboration with local rūnaka and Otago Museum.