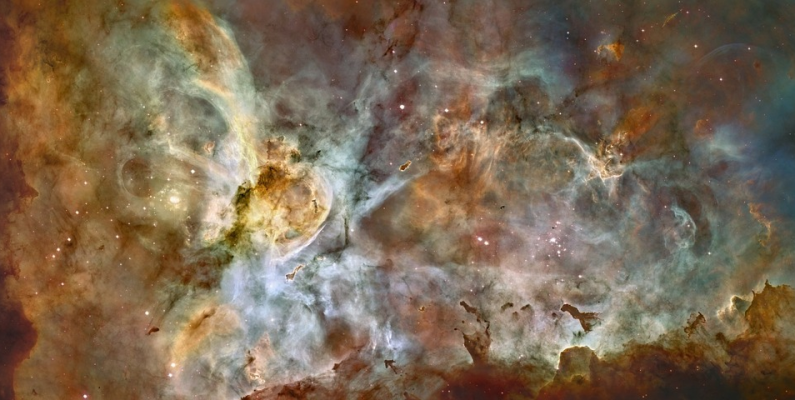 Welcome to the Sky Guide, your monthly guide to what's happening in the heavens!
Check out the printable version, with star chart, here:  Sky-Guide-January.pdf

Jupiter is the largest planet in the solar system. Relatively speaking, if Earth was the size of a grape, Jupiter would be the size of a basketball. A prominent feature of the planet is the Great Red Spot, a gigantic storm which is about twice the size of Earth.

Made up of the constellations Carina, Puppis and Vela, the Argo Navis represents the famed ship used by Jason and the Argonauts to fetch the Golden Fleece from Colchis (present-day Georgia). Vela forms the sail, Puppis the stern and Carina the keel (bottom). After the journey, the ship was placed among the stars to commemorate its voyage.

The Carina constellation can be spotted using Canopus, the brightest star in the sky when facing south. Canopus is named after the mythical navigator who piloted the ship of King Menelaus of Sparta during the Trojan War. From the Carina constellation, look to the east to find Vela the sail, and to the north to find Puppis the stern. 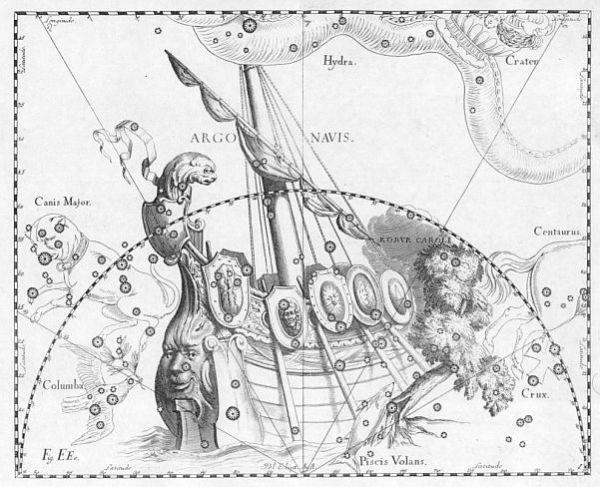 The constellation Gemini represents the twin brothers Polydeuces and Castor, known as the Dioscuri or “sons of Zeus”. However in many versions of the myth, only Polydeuces was fathered by Zeus, with Castor said to be the son of King Tyndareus of Sparta, a mortal man. The twins were known for their kindness and generosity.

After Castor was mortally wounded, Polydeuces asked Zeus if he could share his immortality with his brother. Zeus agreed but only on condition that they spend alternate days on Mount Olympus and in Hades (the underworld). They were placed in the sky as the constellation Gemini, with a bright star named after each twin. Their division between heaven and the underworld may refer to the fact that Gemini is only visible for around half the year.

Although the nebula is bright enough to be seen with the naked eye, one of its star systems, Eta Carinae, is currently only visible with a telescope. Eta Carinae is expected to explode into a supernova sometime in the next million years, which is very soon for a star! When this happens, it will become – for a few weeks – the second brightest star in our sky.