Here’s the next in our blog series introducing the science associated with some of the exciting interactives in the newly opened Tūhura Otago Community Trust Science Centre. Isobel Andrewartha, Science Communicator, Operations, shares some of her favourite terrain terminology.

Terrain is the physical landscape, above and below sea level. Common features are familiar to us all: mountains, plains, hills, lakes. But there are lesser-known types of terrain out there as well; some have names you might not have come across. These are a few of my favourites:

Thalweg – the lowest lying part of a valley (often underwater in a river). Thalwegs are important because many countries or states define their borders along rivers, and the thalweg represents the line usually used as the boundary. This has led to ‘the rule of thalweg’ which can only be described as one of the best-sounding laws ever!

Ait (also eyot) – a small island that exists in a river. These are found everywhere, but the word ‘ait’ is often used specifically for the islands in the Thames River in England. Despite this, aits can be found in lots of rivers as they are the little islands made of sediment. The Merriam-Webster online dictionary notes that ‘ait’ is within their 40% least-used words ever, and ‘eyot’ makes it into the bottom 20%. Time to bring these common small islands, and their names, back in popularity! 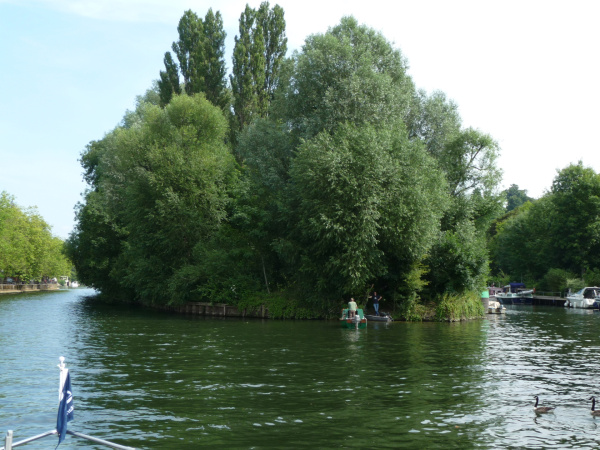 Ria – an inlet or partially submerged valley that is connected to the sea. Rias can occur as a result of rising sea levels, or from erosion causing large amounts of water to spill into a valley. There are a few famous rias in New Zealand, eg Marlborough Sounds and Kaipara Harbour.

Horst – a raised portion of land bounded by faults, which has been lifted or has remained in place while land on either side has dropped away. A down-dropped piece of land is called a graben.

To learn more about all the different flavours of landscape and create your own, come and check out the great forces of Earth interactives at the new Tūhura Otago Community Trust Science Centre.