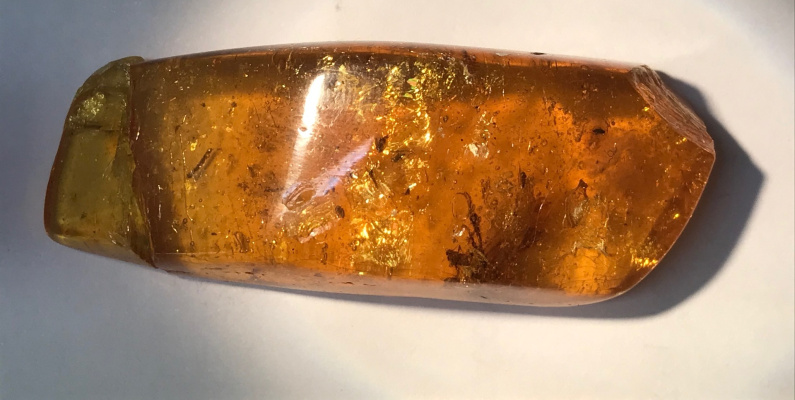 A piece of unworked Baltic amber was purchased by New Zealand gemstone dealers Silver Peak Minerals from Russian amber traders at a rock and mineral trade show in Denver in 1998. They wouldn’t haggle or be budged on price and the chunk of Baltic amber was purchased and brought back to New Zealand.    The piece was bought and polished by Otago Rockhound Club life member, Noel Gorton. To his excitement as he peered into the amber, he found it had several insects embedded within. Baltic amber formed roughly 40 million years ago from the oozing resin of ancient trees. The insects at the time got stuck in the fresh, sticky resin and became entombed as it hardened. Over time, millions of years, the landscapes changed and the forests were lost and buried. The wood rotted down to become soil, but the chunks of amber remained preserved and today are found eroding into the Baltic sea or are being dug up by amber hunters.

Terrestrial invertebrates are rarely found in fossil rock deposits. The study of ancient invertebrates preserved in amber give paleontologists and entomologists a rare glimpse into what insect species existed in the past. Inside Noel’s piece of amber there a number of different types of bees and flies visable.

Noel passed away recently, and the piece of amber was donated to the Museum by Noel’s wife Jane. 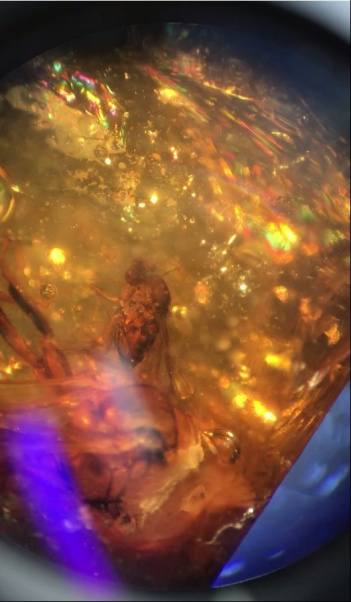 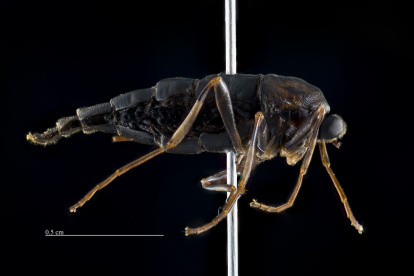 On a sunny day in late January 2017, Dunedin resident Marie Jankowska spotted a 22 mm brown wingless insect on the concrete outside her house. Curious about what it could be she caught it in a jar, took a photo and uploaded it to iNaturalist. The next day she brought it into the museum for the Natural Science team to take a look. It was identified as Boreoides tasmaniensis, a Tasmanian Wingless Solider fly. While the males of Boreoides are winged, the female, which Marie captured, are wingless – so they walk to move around. It was donated and vouchered into the collection as the first record of this species occurring in Dunedin. Since then, over the last couple of summers, Marie has collected both males and females as they appear in her garden. This year Marie has deposited a series of the solider flies for preservation in alcohol, so that we can begin a project comparing them to Boreoides tasmaniensis from Australia, working with researchers across the Tasman.

A little curiosity by members of the public can go a long way. 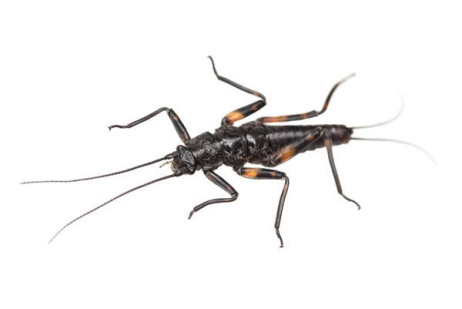 There is no better addition to the Otago Museum collection than that of a type specimen. Type specimens are the specimens upon which a description for that species is formally attached and the specimen becomes a reference for what that species is and looks like. Ecology and conservation are based upon this work, and we are extremely proud of the local researchers who do this mahi. It is an honor to be able to store their specimens that they have used to describe these new species.

This year we have received type specimens and new species from Bronwen Presswell and Jerusha Bennett, as well as from Brodie Foster. Bronwen and Jerusha have deposited the type specimens for five different parasite species that live in native birds. Brodie Foster donated his voucher specimens for the wingless stonefly Zelandoperla maungatuaensis that is found up above the Dunedin Airport in the Maungatua Range.

These are some of the most important parts of our scientific collections held by Otago Museum.

Footprints in the River 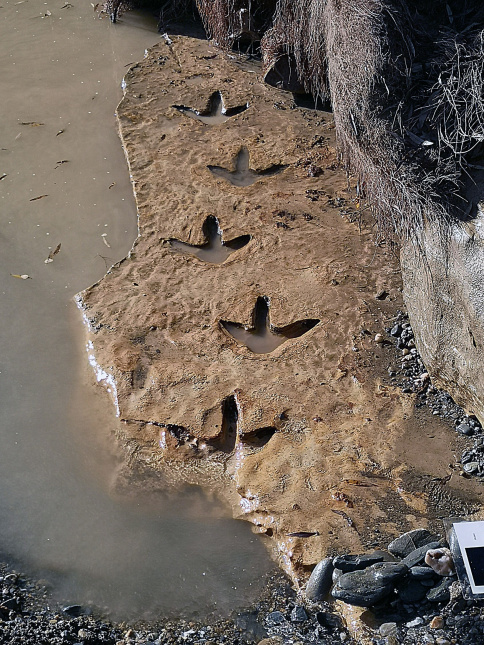 This year, the first moa footprints in the South Island were discovered by Michael Johnston in the Kyeburn River. The prints were found in March. It took a lot of work and two months for us to get the permissions that we needed to be able to complete the excavation. There is a lot of uncertainty with an excavation like this, and the chances of not getting the footprints out of the river was a very real possibility. They were not retrieved easily, but we managed to get them out safely. The prints are now drying at the museum, and they can be seen on level 2 of the museum in the front of the People of the World Gallery.

The Oteake footprints are a huge highlight for me this year. They represent what happens when a museum works with the community as a team. We would have been unable to extract these from the river on our own. It is only with the help of Ewan Fordyce and his team from the University of Otago’s Geology Department, the Central Otago Community, Parker Earthmoving, as well as the Otago Regional Council, and  the whānau from Kāti Huirapa Rūnaka ki Puketeraki who were on board with this project every step of the way. It was such a pleasure to have the support of this community.