Comedy on the High Seas

How does one find comedy in a shipwreck?

Therein lies a tale linked to the prayer book on display in the Maritime gallery. 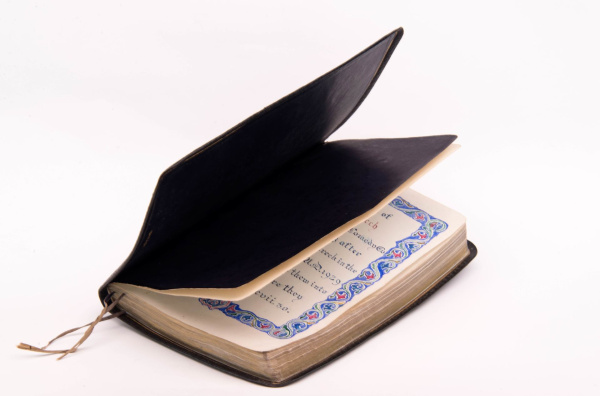 The Common Book of Prayer

It was a gift from Wyrley Birch, the manager/producer of the American Comedy Company.

The Company had been touring Australia in 1928–29, and were due to start a tour of New Zealand with a performance in Dunedin on Boxing Day 1929.

Eighteen members of the company were on board the Union Steam Ship Company’s Manuka, travelling from Australia to New Zealand, when the ship hit a reef just south of Nugget Point on the Catlins coastline early in the morning of 16 December. 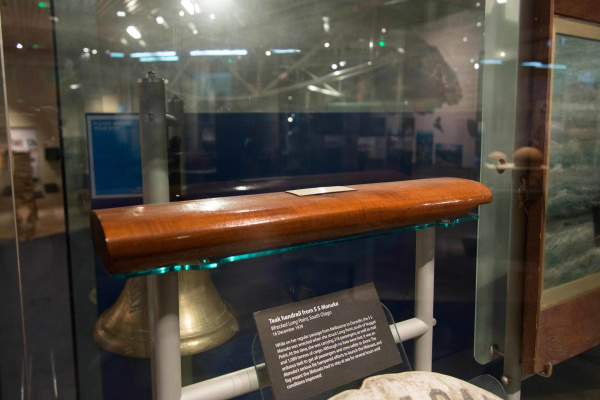 Teak handrail from the SS Manuka in the Southern Land, Southern People gallery

Crew helped passengers get into the lifeboats. Two of the actresses who were in the first boat to leave said they had been getting into their bath when the ship struck. Wyrley Birch got into the last lifeboat and reached shore wearing his pyjamas, as did many others.

Passengers landed on the beach to wait for daylight, then were taken to the town of Owaka. People there opened their homes to the tired and wet passengers, and dried and fed them. The Clutha Corps of the Salvation Army organised gifts of replacement clothes, footwear and blankets. 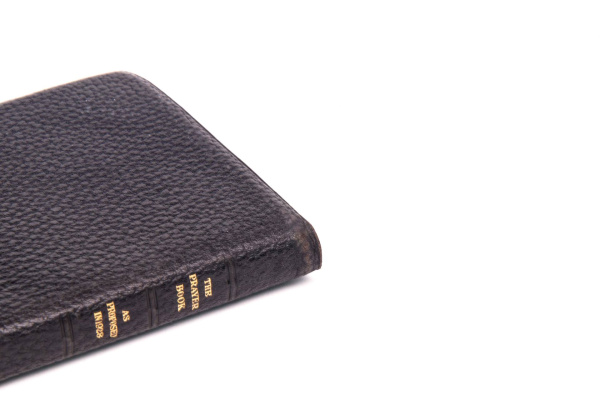 The Common Book of Prayer

Birch said that he had never seen such friendliness and hospitality. Speaking at the Owaka railway station just before boarding the train to Dunedin, he said would tell everyone in America about it. The train stopped in Balclutha where tables had been set up on the station platform to offer them tea, cakes and pies.

The Company’s scenery and effects had also been on board the Manuka and were lost. Despite all this they still opened in Dunedin on time, and the Manuka’s sister ship, the Maheno, brought replacement scenery from Australia in time for their next performance.

Giving evidence during the official enquiry, Wyrley Birch said that the work of the officers and crew was the ‘most marvellous thing he had ever seen’. He promised the Dunedin Bowling Centre a trophy bowl for an annual competition that he said he would like to be named the Manuka Trophy. And he gave this copy of the Common Book of Prayer with its illuminated inscription in gratitude for the survival of all on board the steamer. 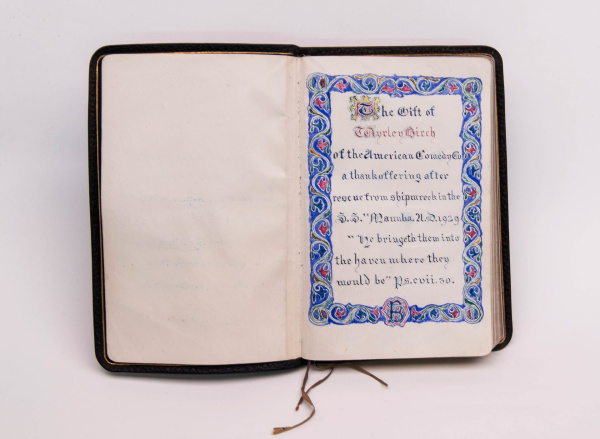 The Common Book of Prayer with dedication