We’ve gotten quite a few queries over the past last week or so about the state of the Museum Reserve. Specifically, the large numbers of dead bumblebees scattered throughout it. 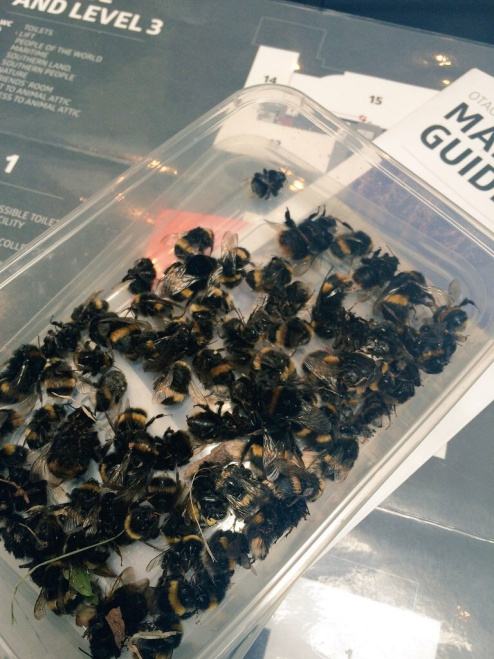 Collected by me and Emma during an afternoon tea break. I was told it would be a scavenger hunt.

Never fear, there are no serial bee-killers on the loose! It’s not an omen of any apocalypse (that we know of) nor is it a result of spraying by the council.

This bumblebee die-off is actually a seasonal event. According to Honorary Curator of Entomology Tony Harris, it's occurred every year since 1974.

The die-off is linked to the flowering lime trees which grow on the Museum Reserve and are currently blooming. But, there are a few theories buzzing about which debate the exact link between the flowering limes and bumblebees. 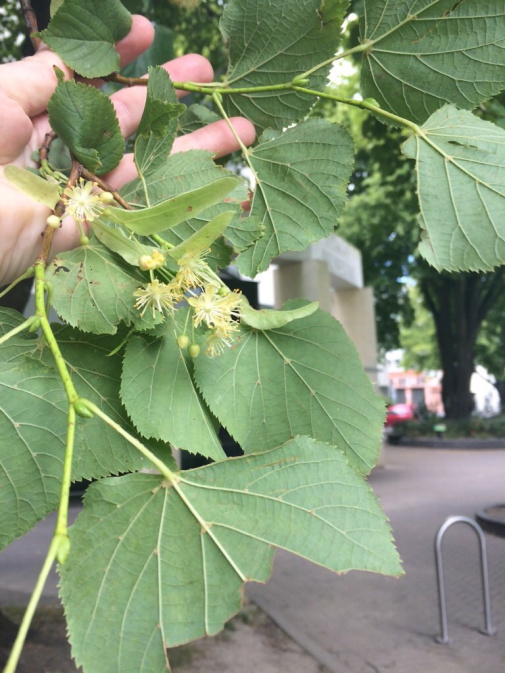 The lime trees, also known as linden trees, are a popular civic trees around the world. The ones on the Museum Reserve are a European hybrid of Tilia cordata and Tilia platyphyllos. Their flowers are visited by bumblebees and honeybees searching for pollen and nectar.

Some studies have suggested that at least one species of lime tree, Tilia tomentosa, are toxic to European bumblebees. They suggest that the bees lack the ability to digest mannose, a type of sugar in the nectar. Individuals who pig out on lime nectar build up toxic levels undigested mannose, which causes paralysis. The paralysis effectively grounds the bumblebee.

You're addicted to lime

Other studies argue that lime trees’ nectar is not toxic: the deaths relate instead to bumblebee behavior.

Toward the end of the flowering period, the lime trees' nectar production lowers. While other nectar-feeders move on to better food sources, the bumblebees keep going back to the lime trees. This high-energy activity and low-energy feeding can't sustain them, so they essentially forage themselves to exhaustion.

Bumblebees forage on the cloudy, cooler days that usually keep honeybees inside. Their fuzzy bristles keep their body heat between 30–40°C. The heat is generated by their wing movements and by heat absorbed from the sun. If their temperature drops below 7.8°C, they can't move their wings anymore, and thus can't warm up.

Foraging bumblebees will often sleep near or where they eat – in this case the crowns of the lime trees. The dead and dozy bees littering the reserve could be victims caught out by the cold snaps in the weather, amassed in this area because of the all-you-can-eat buffet provided by the lime trees.

As you can see, there's not really a consensus on why it's happening, but it is a seasonal event.