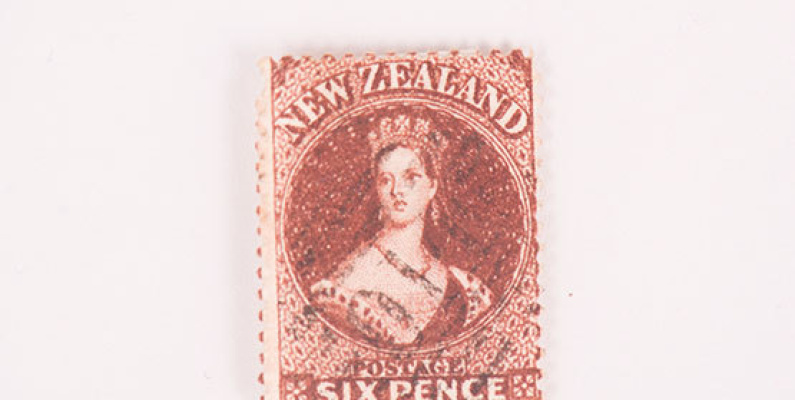 Just 15 years after the world’s first postage stamp, the Penny Black, was issued in May 1840, New Zealand issued the one penny, two pence and one shilling full-face queens (FFQ) in July 1855. When comparing these first issues, one is immediately impressed with the colourful and lovely portrait of Queen Victoria’s bust on the New Zealand stamps, in contrast to the rather dull and uninspiring side view on the Penny Black. 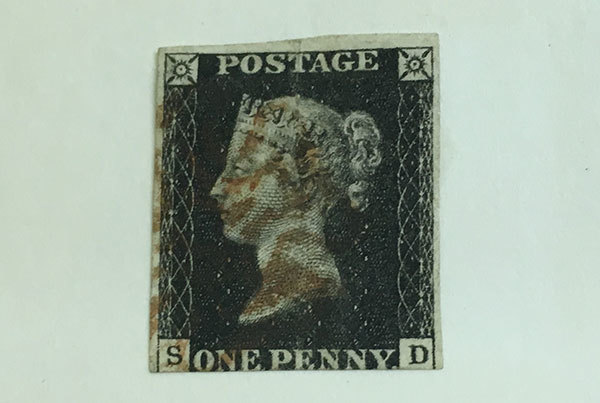 The Penny Black design was based on a medallion engraved by William Wyon to commemorate Queen Victoria’s visit to the city of London in 1838, and the design was used unchanged for the next 60 years. On the other hand, the FFQ design was engraved from one of the paintings by Edward Chalon RA on Victoria’s first visit to the House of Lords in 1837. A well-known British collector called it “the Rembrandt of philately - the most beautiful stamp in the world”. 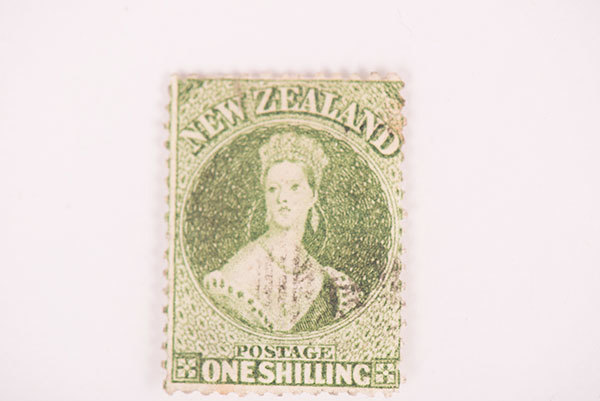 In 1862 the population of Dunedin was beginning to rise rapidly because of the Central Otago gold rushes and there was a huge increase in the demand for postage stamps. At this time the FFQs were available in sheets and the stamps were separated from the sheets with scissors, a frustratingly slow process. The Dunedin postmaster decided to have a few sheets of FFQs, which had been printed in Auckland, perforated to enable their rapid separation. 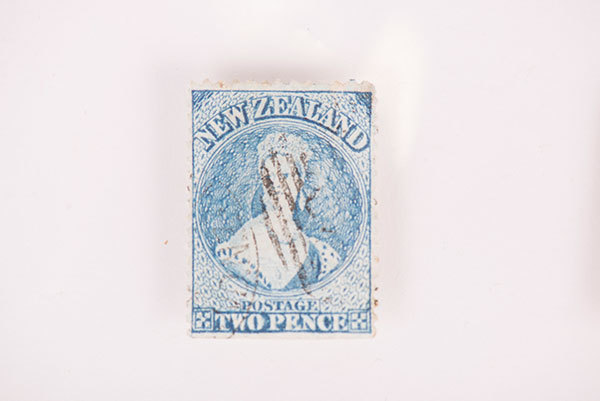 In 1873 a halfpenny Queen Victoria side-face stamp was introduced for newspaper deliveries with a design similar to that of the Penny Black. Engravings of medallions also similar to the Penny Black were used for the 1874 side-faces which replaced the FFQs. From 1882, the New Zealand Post Office issued the second side-faces with additional denominations added at various times. The two and a half pence, and five penny stamps used different busts of an older queen while the halfpenny issued in 1895 showed a portrait of the ageing Victoria in “widows weeds”, these three values being less attractive than the others in the set. 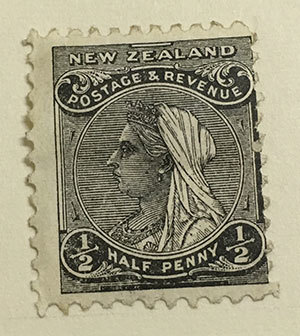 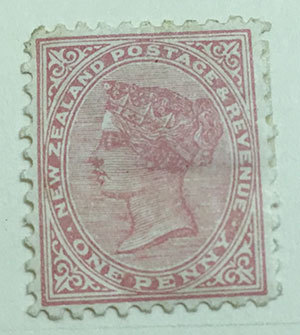 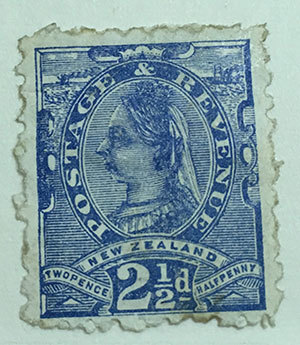 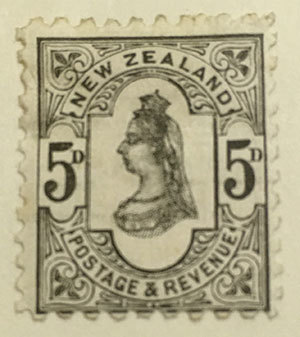 It is of interest to note that New Zealand was not alone amongst the British territories issuing stamps during the reign of Queen Victoria, to use full-face or even full frontal images of the enthroned queen on stamps. 54 territories issued side-faces and 17 of them used full-faces as well of the young and ageing queen including most of the Canadian provinces, Canada, and five Australian states with Victoria (Australia) having the largest range of varieties.

Catherine J Golden, You Need to Get Your Head Examined. Smithsonian. Contributions to History and Technology.

Laurie Franks, All the Stamps of New Zealand. Reed, 1977.