A Kinikini is an article of clothing that was used by Māori.  English translations refer to a Kinikini as a waist mat or a kilt, although Herries Beattie refers to some of his informants stating that it could also be worn hung from the shoulder, as well as around the waist.

The name of the Kinikini comes from a technique used in its production.  In English, kini means ‘to pinch’. Kinikini were made from harakeke maroke (flax dried after it has been cut), which curls up into quills (similar to the strands on piupiu). Each of the quills are then pinched at regular placings into short sections of softer threads, often using a pipi shell.

All the quills were then soaked in paru (a particular type of anaerobic mud used as a black dye). The pinched sections would retain the dye, whereas the harder harakeke maroke would not; the result making a pattern of alternating black.

The same method of manufacture and dying is used in making the strands in piupiu.  The strands were attached to a pakipaki, a mat-like garment woven from whitau (also known as muka, the soft processed inner fibres of harakeke).

This particular Kinikini is held within the Museum’s Taoka Māori collections, although not currently on display. It was presented to the Museum by Dr and Mrs Hocken in 1910. While very little information has been recorded as to its provenance, it is a fine example of a type of garment that is not commonly seen in contemporary times. 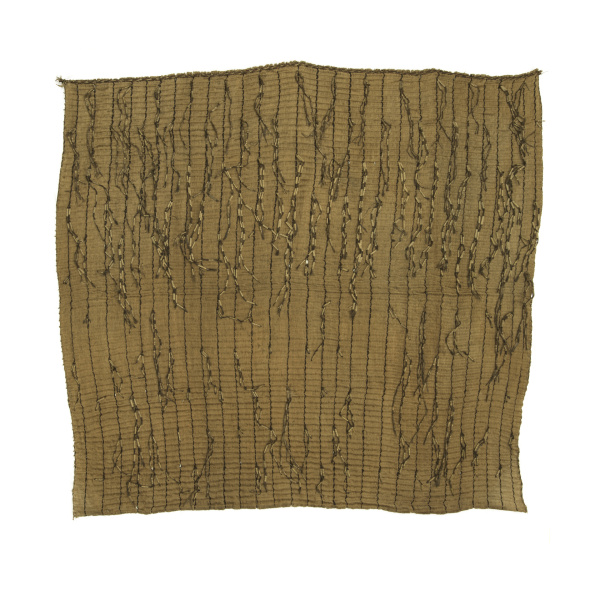