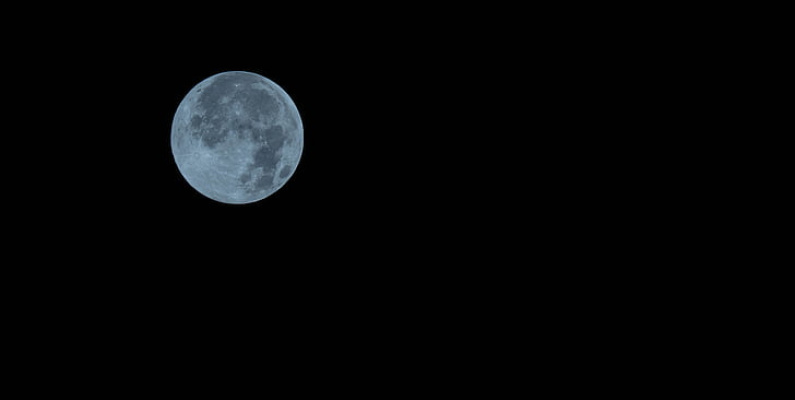 Welcome to the Sky Guide, your monthly guide to what's happening in the heavens!

If you’ve ever heard the phrase “once in a blue moon”, you might have wondered where it comes from. Used to describe something that happens rarely, the term ‘blue moon’ is also used to recognise the occurrence of a second full moon in a single calendar month. For one month to have two full moons, the first full moon must happen during the first few days of the month. This occurs roughly every two to three years, leading to the term ‘blue moon’ meaning something that happens about as often.

This November, we’ll get to experience two full moons. The first will occur on 1 November, and the second – our blue moon – will take place on 30 November. On both dates the Moon will rise in the east just before 9pm, and will be visible throughout the night.

Visible high in the northern sky this month is Pisces, one of the zodiac constellations.

The name Pisces comes from the Latin plural for fish. While the stories vary, in Greek mythology these two celestial fish represent the goddess Aphrodite and her son Eros, who transformed themselves into fish in order to escape the monster Typhon.

Pisces can be found between the constellations of Aries to the east and Aquarius to the west. While Pisces is a rather large constellation, the stars within it are generally faint, making it quite difficult to see with the unaided eye. The constellation was first catalogued by the Greek astronomer Ptolemy in the 2nd century.

This constellation is home to several fascinating deep space objects, such as Messier 74, a grand design spiral galaxy

From the perspective of our spinning Earth, Mars will rise in the east around the same time as the Sun sets in the west. Throughout the night it will pass across the sky just as the Sun does during the day, eventually setting in the west before the Sun rises again in the east.

Messier 74 (M74), nicknamed the Phantom Galaxy, is a grand design spiral galaxy located in the constellation Pisces. Messier objects are a group of 110 astronomical objects, that were mostly catalogued by the French astronomer Charles Messier in the late 1700s for his Catalogue des Nébuleuses et des Amas d'Étoiles (Catalogue of Nebulae and Star Clusters).

The galaxy appears face-on and lies at a distance of around 30 million light years from Earth. M74 has a diameter of 95 000 light years, almost the size of the Milky Way. The galaxy is home to about 100 billion stars. Three supernovae have been detected in M74 in recent decades. A supernova is the extremely bright, super-powerful explosion of a massive star.

You can see M74 with a pair of binoculars, though it will appear as a faint patch of light. A small telescope will be able to reveal the bright centre of the galaxy, while a larger telescope will reveal its spiralling arms. The best time of the year for viewing the Phantom Galaxy is throughout the months of October, November, and December.