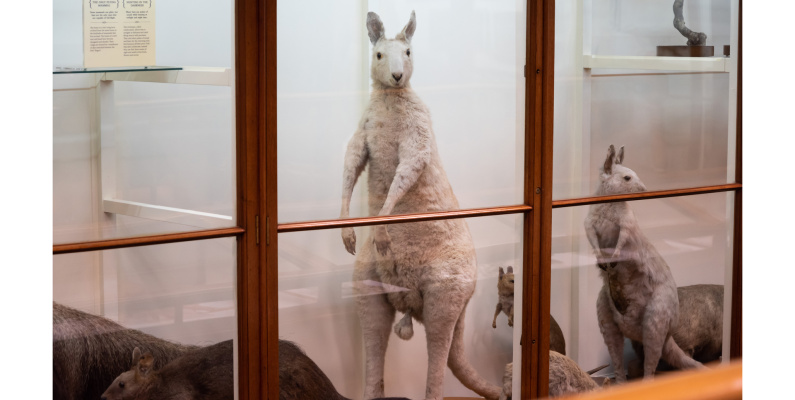 Meandering around Animal Attic, many visitors stumble across a large taxidermy mount of an Eastern grey kangaroo, Macropus giganteus, standing proudly with its meaty clackers dangling betwixt his legs.

These pendulous testicles have kind of become an unofficial animal attraction on social media and among giggling students. So we thought we’d share a tongue-in-cheek blog laced with some saucy natural science. 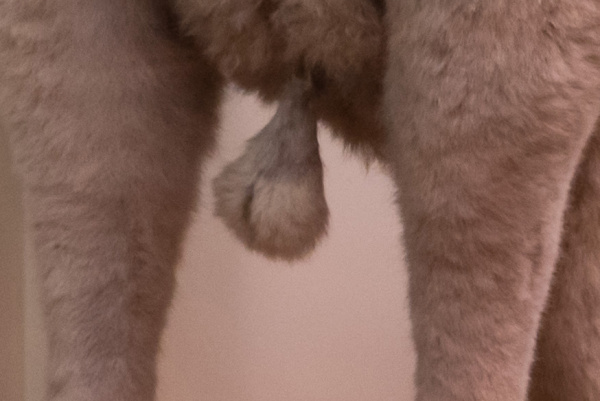 In the early years of the Otago Museum (1865–1900), many of the mammals still displayed in Animal Attic were sent to Dunedin for the Museum as dry, rolled skins.[1] Otago Museum’s taxidermist Edwin Jennings (between 1873 and 1910) often had to prepare display mounts of creatures that he had never set eyes on. Despite his skills, a degree of artistic interpretation sometimes resulted in unusual taxidermy creations.

And to be fair on Jennings, he didn’t have access to the same volumes of reference photos of wildlife as the taxidermists do today.

But, contrary to the challenges of Victorian taxidermy, the way Jennings stuffed these ‘roo nuts’ is actually pretty accurate. 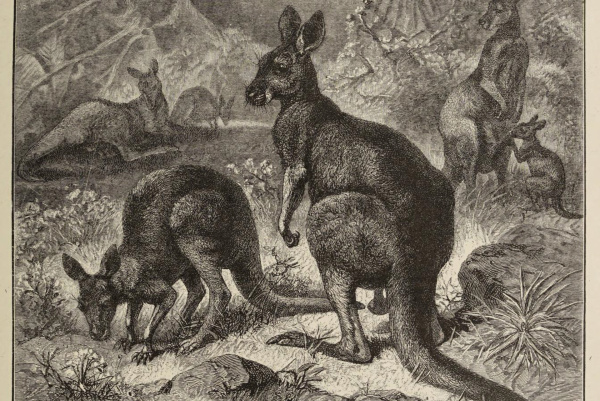 Bucks, boomers, or jacks: male kangaroos have a number of different names. They also have a number of fair dinkum adaptions, which keep their testes at the perfect toasty temperature, presumably for healthy sperm production. Their optimum level of comfort is between 2–5 degrees cooler than their core body temperature. [2] 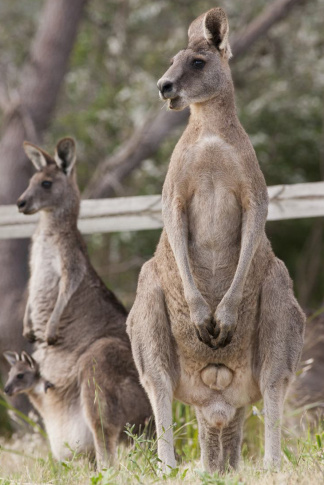 Strong cremaster muscles in the bucks groin retract the scrotal contents tightly against their body to warm up during cold weather, and relaxes to let them dangle obtrusively during hot days to cool in the breeze.[3]

Moisture also plays an important role in helping to keep their testicles cool. The skin of a kangaroo’s scrotum is very thin, with just a light fur covering. When overheating, male kangaroos sweat, and will often lick their scrotum. As the moisture evaporates, it draws heat away from the skin and helping to cool the testes.[3]

Eastern grey kangaroos, like many of their fellow marsupials (pouched mammals), have a penis that is located below and behind their scrotum. This is the opposite way around to the genital arrangement in humans and most of our placenta-bearing mammal kin. [3] 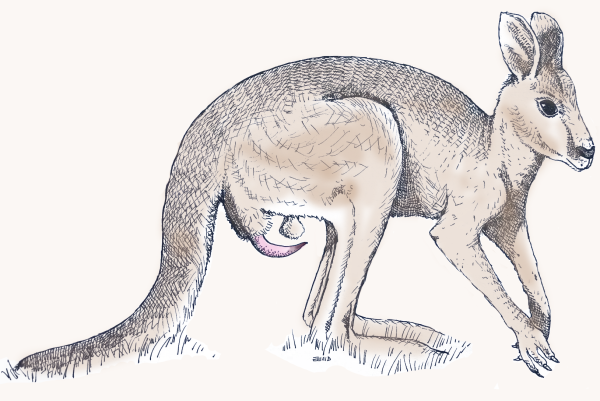 When the male kangaroo is aroused, the penis extends from its preputial sac and reflexes anteriorly.[2] (Technical speak for the penis emerges from a special pubic pocket and its boner curves around to point forward and up.) Does that create pesky testes that get in the way? Well no, because remember, the bucks are able to retract the scrotum and tuck their jewels out of the way.

We could go on about the amazing topic of kangaroo mating behaviour, female reproductive anatomy, pregnancy, birth, and joey rearing but we’ll stop here for now after shining a light on the anatomy of male kangaroos.

In Australia, taxidermy rooballs are sold as souvenir key rings and bottle openers curios.[4] While I doubt the male kangaroos agree, they are marketed by some souvenir stands as being ‘twice as lucky as a rabbit’s foot.’

Perhaps you feel luckier now too, with your new anatomical appreciation for ‘the balls out’ nature of the Animal Attic’s Eastern grey kangaroo. 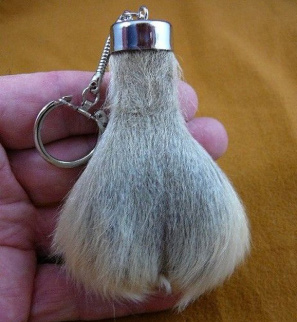